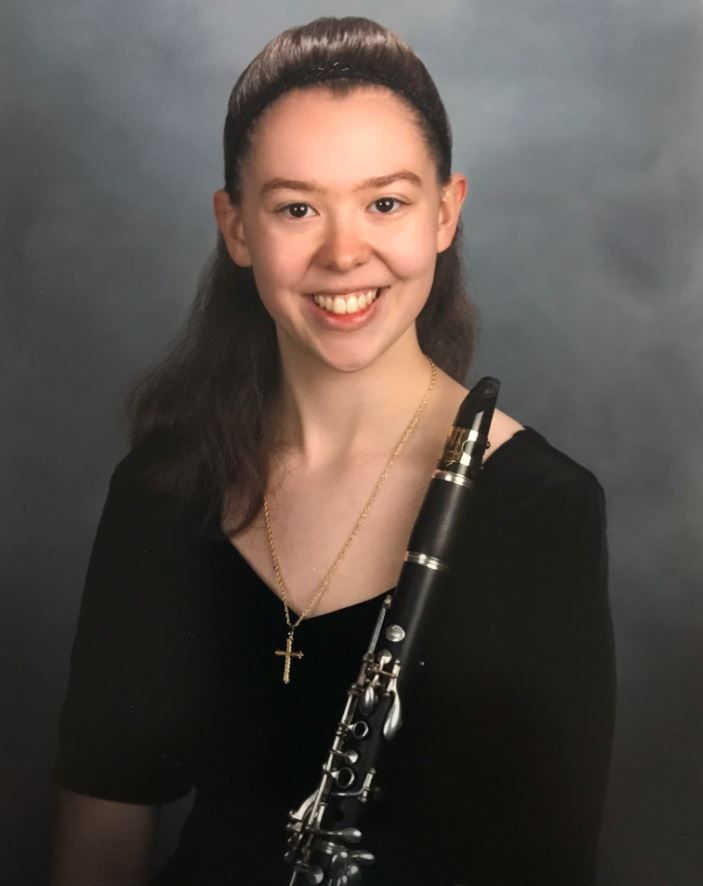 Sophia has most recently performed as a member and principal of The Academy Orchestra, principal of Jensen Beach HS Symphonic Band and Woodwind Captain, as well as the Treasure Coast Youth Symphony, with a special performance on the WQCS Young Artists Spotlight.  Her awards & recognitions include the TCYS Merit Award and Jensen Beach HS Merit Award and selected for the Florida All-State Bands and Orchestras. Sophia participates at numerous summer festivals and band camps throughout the country. She attended a master class taught by Nestor Torres which culminated in a performance at the Lyric Theatre.  Sophia was a member of the musical ensemble for Starstruck Theatre’s The Music Man and is often found performing at many local Churches. She is a member of the National Honor Society, Spanish Honor Society, Math Honor Society and Artists for a Cause and holds a 4.0 GPA.  Sophia also volunteers with many local organizations.